Not about OpenMW? Just about Morrowind in general? Have some random babble? Kindly direct it here.
Locked
132 posts

Figured you guys would be interested in this. https://www.xda-developers.com/microsoft-buys-github/
Top 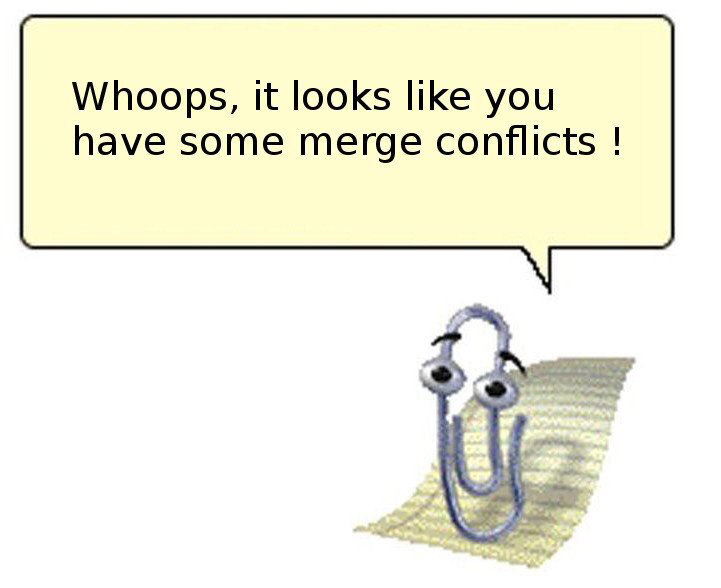 Microsoft also owns LinkedIn and Minecraft, yet they operate as though they were separate companies. Honestly, I think that is what they are going to do here.

I am transitioning to GitLab today, the platform is actually better, just not as populated. I am seeing a lot of people doing the same, there's a lot of talk about this at Diaspora accompanied by #deleteGitHub hastag. I wonder what's the OpenMW maintaners' stance to this? Is OpenMW going to stay at GH?
Top

Addressing a few issues, leaving hundreds untouched and adding more on top of it. While yes, there have been a few instances where MS took something over and the damage was limited, I still fully expect that everything MS touches turns to shit. I have about thirty years of experience to back that up and I have not seen anything yet that would make me change my mind.

Besides, more and more services being concentrated in the hands of a few big companies is bad for everyone.

But yeah, no point in moving now. GitHub is probably going to be okay for a while longer and probably for a good while longer. It takes time to mess things up.
Top

I've had a lot of headaches and problems with github before this, and I always thought it strange for us as an open-source rewrite project to be using a closed source platform for development. This awful acquisition is the last straw for me and I'll be deleting my github account very soon.

So on this occassion, and since lgro already started revamping our blog, maybe it is time to rethink coding platforms as well. Lots of people are flocking to GitLab now, which looks like a reasonable alternative. Being able to self host is a cool bonus. There's even an integration for Redmine supported so issue numbers can be referenced more easily in commits/merge requests, something that wasn't possible in Github (one of those headaches). Or we could just use gitlab's issue tracker (IIRC the main reason we used redmine was to not rely on github too much, which is not an issue anymore if we self host). What do y'all think?
Top

Right now, there is a lot of fear of what Microsoft might do to GitHub. But so far, Microsoft has not announced any sort of changes. Heck, the deal won’t even been finalized until the end of this year! There’s still the chance that the deal will fall through.

Until the deal is actually completed, and we actually see evidence that Microsoft is actually going to do something that will harm our open source project, I don’t see the point of jumping ship to another platform.
Top

Still in favour of wait and see. In theory Gitlab sounds like a great idea. In practice I am less excited about switching platforms, especially since GitHub has served us adequately so far.

btw. we decided to use our own tracker because back then GitHub didn't offer anything suitable.

@drummyfish I would be interested to hear about your experience with GitLab after a couple of weeks. Initial impression is one thing, but the practical experience of using something for an extended period of time is another.
Top

There's also the fact that GitHub is a lot more well-known than GitLab. If we switch, then we're potentially less attractive to potential new developers who think it's a hassle to learn a new thing... and based on my attempts to find the source code for a project I selected at random, it's going to be a hassle for people to learn to use GitLab.

With GitHub, if I browse to a project, I'm immediately presented by a directory of its source code, a nicely formatted markdown readme written by its creators and buttons which take me to all the things I might want to do. All I've found so far on GitLab is lists of issue tracker activity. Apparently I was trying to browse the source of a project which only has its issue tracker on GitLab, but there was nothing telling me that this was the problem I was having.

After finding an open-source project to browse, it's making a much better impression (e.g. the stuff that I just said GitHub displayed immediately is also displayed immediately), but it still feels like a somewhat worse interface with too much wasted screen space and too much unnecessary Javascript. It's also really slow, but I imagine they're under abnormally heavy load right now. Most of the stuff I find important in GitHub does seem to be there, so provided their markdown dialect supports everything I need, I don't hate it. There's even a richly featured VS integration plugin, which only has the issues of not being made by GitLab and having an annoying login system.

My final verdict is that I don't think we'd suffer too much from a migration, but if we do it, we should delay at least a few months until they've got the server capacity to deal with the extra load they'll be under going forward and are more well-known, so less likely to be daunting to new developers.
AnyOldName3, Master of Shadows
Top
Locked
132 posts