So I traveled to Sadrith Mora and noticed I had low fps. I´ve heard of people complaining about physics going up in there, but nobody ever got to the root of it. The physics went up to 100 compared to the low 30 of Balmora. 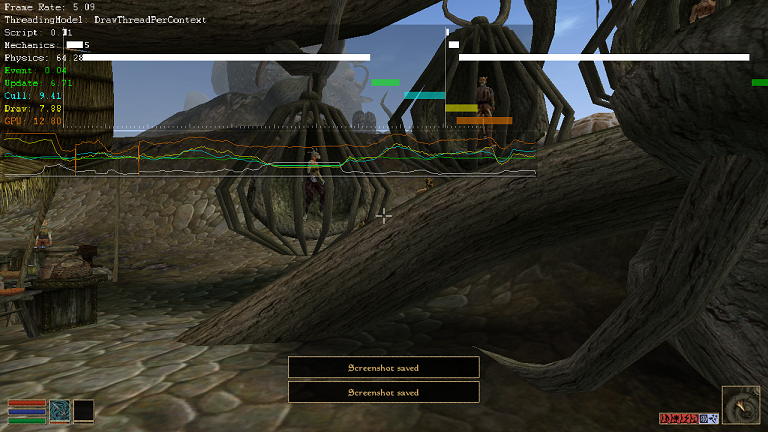 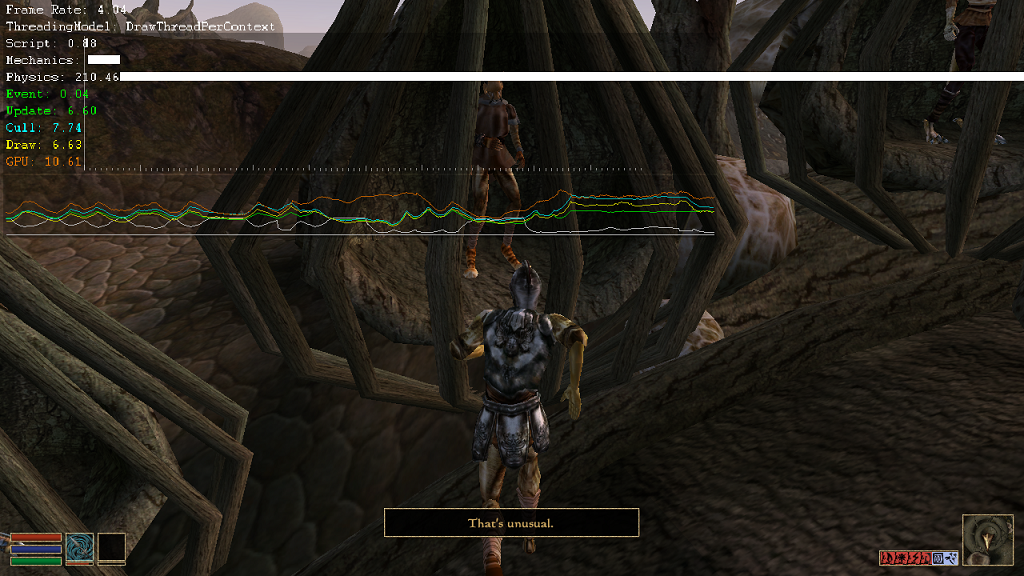 So what´s the lesson here? Don´t place a lot of wandering NPCs near objects with no collision mesh. If you have issues in Sadrith Mora, the best course of action is to disable the 3 guards that frequent this slave shop + weapon seller potion seller + general item shop and you will shave off a significant amount of physics.
Top

Is there something we can do to fix this in our code?
Top

I don´t know of a solution in code myself, since I have no real idea of how it´s written.

On the other hand you have a place like Molag Mar, where there are 6 idlers and 3 wanderers. 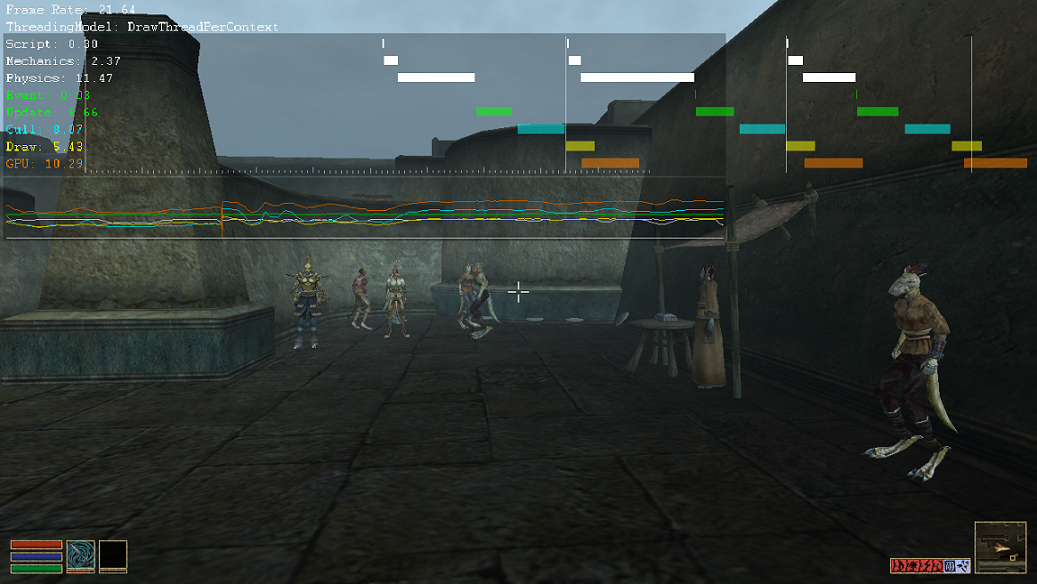 Do keep in mind that the idle animation is not the NPC standing frozen still. They make small movements and nudges, which may account for the increased physics if these movements collide with other collision meshes.
Top

I noticed something similar myself when I tested how well OpenMW works with MGSO some time ago (unfortunately not very), as there was an interior cell which had urns with improved meshes in it. As the vanilla meshes have no distinct collision meshes, the improved ones also had none, so the actual mesh was used for collision. When my Character walked against them FPS dropped dramatically, indicating that OpenMW does have a problem with more complex collision meshes. There is absolutely no FPS drop with the vanilla engine in this case.

So yes, I guess the bottom line is collision detection needs to be optimized before there really can be a 1.0 version. Here is the bug ticket for this: https://bugs.openmw.org/issues/3355
The urn meshes are even mentioned there. Now one way to work around this issue would be to give them collision meshes, for example the original Morrowind ones they are derived from. Of course, every mesh profits from proper collision meshes, but you cannot guarantee that every mesh from every mod has them. Also, here we seem to have a case where a vanilla mesh causes issues, and as I said, the vanilla engine has no problem with complex collision meshes.
I really hope you guys will find a way to improve this before version 1.0.
Top

I cannot reproduce the cage spikes. Make sure no mod is replacing meshes/d/ex_t_door_slavepod_01.nif. I know that OpenMW doesn't recognize RootCollisionNode in some of the Morrowind Rebirth model replacers (if this node is not an immediate child of the root node), leading to an automatically generated, perfect collision mesh being used instead.

Edit: Ignore what I said about RootCollisionNode, OpenMW seems to handle it correctly.
Last edited by MiroslavR on 09 Nov 2016, 16:51, edited 1 time in total.
Top 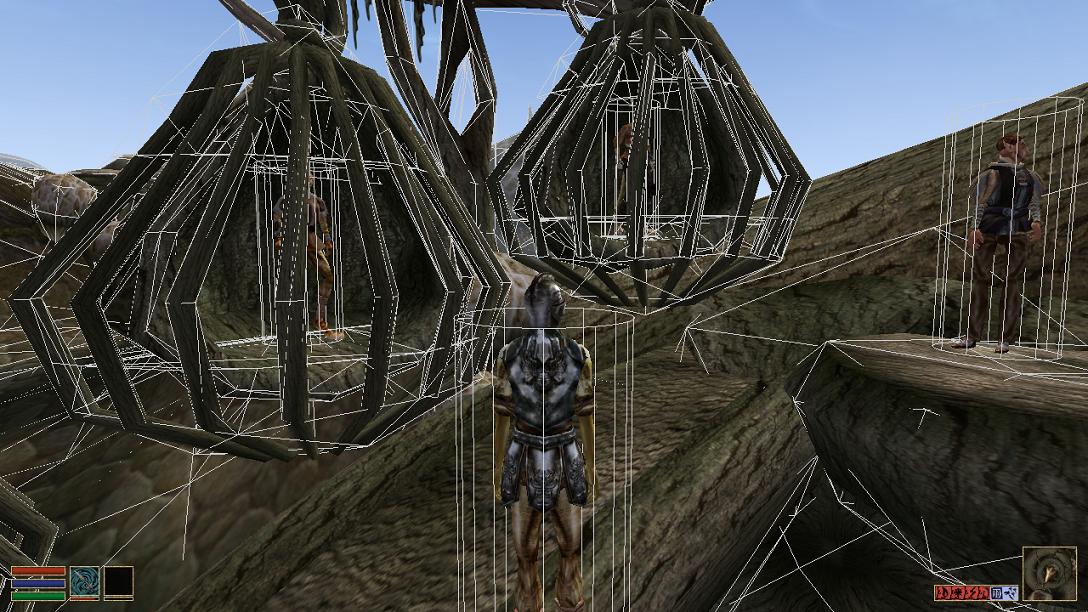 I cannot reproduce the issue either.

Edit 2: Maybe the frame rate is important too? I normally get 60-80 fps in Sadrith Mora on maxed out vanilla graphics.
Top

I like to keep my laptop´s cooler calm, so I play on power saver and 30 fps, so that´s where I really feel it when there´s something specific causing a higher amount of physics than usual.
Top
Post Reply
23 posts