@jirka642: You need s3tc texture compression support. Proprietary GFX drivers usually provide it by default. On open source drivers, you may need to separately install with

though it worked fine without that package on my laptop running Mesa... not sure if there's any pattern to that.
Top

I've managed to recreate my previously mentioned number 3 issue somewhat now, but I don't know what triggers it. If I just start a new game and jump around, resizing and moving inventory windows for a while it happens. I think it's the exact same issue as 4 though, as I managed to get a better glimpse and it looked similar. I've tried to record it with fraps, but it doesn't show anything in the recorded footage.
Top

So I decided to test out this OSG branch, and by 'test out' I mean load my usual config of ~50 mod ESPs and a lot more model/texture replacer files. So far I've been unsuccessful. Here's what I tried:

Launch the game normally, (even with all ESPs unticked), 'New game' option is available, produces this: 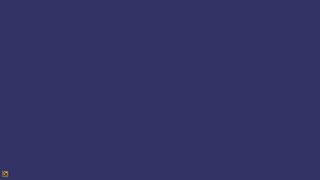 With no loading screen before it, and returns into main menu after clicking anywhere.
Logs had this to say about it: Error in framelistener: addAnimSource: can't find bone bip01 tail4 (probably one of the body replacers has an improper model of some sort?) 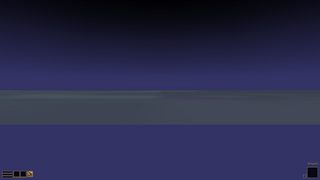 A bit better, now I can use the Journal, that tells me about no entries in it, and game crashes as soon as I try to access the inventory. COE triggers loading screens, but assets are not displayed (other than the water plane and the cloud layer).
Logs didn't have anything about bones, but instead a dozen of these strings: Warning: unhandled texture stage 5

also if testing this on windows backup your openmw.cfg
line scructure is lost when starting launcher.

@ace
windows xp 32 bit when opening openmw.exe says
"the procedure entry point GetTickCount64 could not be located in the dynamic link library kernel 32.dll"
"life is crazy"
"craziness has beauty which only crazies understand" some movie clip in the head.
https://wiki.openmw.org/index.php?title=Testing
Top

Can someone please compile it for OS X so I can test as well?
Top

Gave it a spin just now. I thought OpenMW ran quite well with Ogre on my PC. I don't think that anymore. It runs soooo smooth now!

Crash starting a new game, using Ace's x64 build, Windows 8.1. One of the console messages, not sure if relevant:

Loading one of the saved game works, but starting a new game from there leads to a crash again.

Hm, I don't think OpenMW calls GetTickCount64 anywhere, so this is probably something OSG does.
I've built the entire chain of dependencies with the v120_xp toolset, but it's still compiled on Windows 7 so I guess it's picked a codepath that doesn't work on XP...

It should be solvable by defining the Windows XP NTLevel when compiling OSG, but that might lead to compatibility issues with the other dependencies. And it might not work well on newer OSes either, I know there's lots of issues with XP programs come Windows 8.

I guess if worse comes to worse I might put up an XP VM and compile OpenMW on there as well, for the people still using that old OS.
Top
Post Reply
89 posts