Join the team. This area is for people who want to participate in OpenMW's development in one way or another.
Post Reply
7 posts • Page 1 of 1

I've been procrastinating for too long. At the beginning there was no time, then no GPU, then travelling... I've followed this project for that many years, and at last today I could get a hand on my first "powerful" GPU in a long while (a GeForce 460, huhuh...).
Thus I decided to go for the deep dive: emerge nvidia-drivers (I run a Gentoo now), emerge dependencies, fork, clone, clone OSG, compile OSG, compile OpenMW, and... It did not work of course, but after a few fixes and some missing dependencies later, it's running like a charm!
I've never seen Morrowind so smooth!
(10-year-younger me would have killed for that.)
Time to freshen up my Nerevarine skills... Is "better bodies" still the mod for better bodies? Oh joyful memories!

So first of all, congrats to the community for those many years of effort! The result is undoubtedly worth the commitment.

Second, I'd like to seize the opportunity to introduce myself to the community as, hopefully, a new contributor.

I used to work for A Big Evil Gaming Corp™, where I kept myself busy with "shadow rendering optimization"... (As specific as it gets.)
I enjoy low-level programming, algorithms, optimization, power-user UI/UX, elegant=simple design, Unix philosophy, open source development (I spend an embarrassing lot of time on GitHub and this new commitment won't help), that kind of things...

My main ambitions regarding OpenMW steer towards optimization, rendering (shadows, lighting...) and maybe at some point AI, a field that remains a complete mystery to me.
In the meantime, it seems wise to first get familiar with the existing codebase (which is way bigger than I expected!) and fix some entry-level bugs. [Let me bookmark the bugtracker just now.]
Recommendations would be very much appreciated

My geeky résumé, in short:

- OS: Arch Linux (Trusted User), Gentoo (current rig). I've spent some time on FreeBSD a few years back.
- Editor: Emacs (with Evil, EXWM, Helm, Eshell, Magit...)
- Favourite languages: C, Go, Lisp (but not Common Lisp), Lua. C++ is not in the list, that's on purpose :p
- GitHub: https://github.com/Ambrevar
- dotfiles: https://github.com/Ambrevar/dotfiles
- Website: http://ambrevar.bitbucket.io
- Morrowind: "finished" the damn game. Yup, all the damn quests, level 100+, all that. But I guess that won't come off as nearly impressive in that kind of communities where it's expected to be the norm

Some random projects (that have nothing to do with OpenMW):

But I'm getting carried away...

Welcome! Just regular user saying hello. A project manager or dev should be able to point you at something, otherwise enjoy the journey trying to find something to work on.

There have been some recent PRs that are quite interesting to watch in the rendering space. drummyfish tackling some items with scrawl's guidance.

Some links to development posts by scrawl that may be of interest.

I've also finished all the quests, but never got to level 100+, that's quite impressive. If I remember correctly, making a class in vanilla with the lowest possible starting majors/minors only amounted to about level 70 in the end, which is where I usually stopped because I avoided crime.

Anyway, I'll just drop the link to the developer checklist in case there's a step you've missed. It'd be awesome to have you onboard.
Top

Interesting, I didn't know reaching level 100 was such an accomplishment. Now that was more than 10 years back, I don't remember all the details... Well, it's never too late to take some pride :p

Thank you for all the links, I'll look into that.
Top 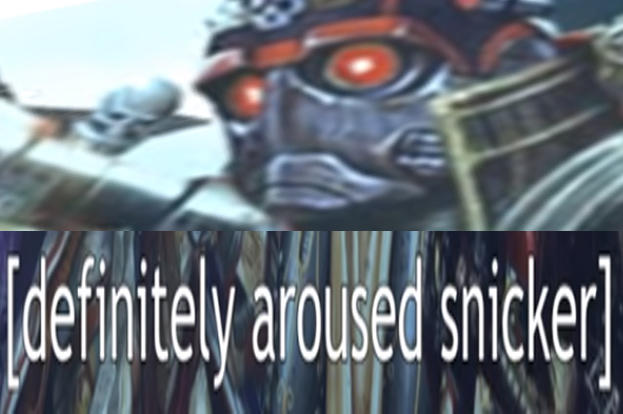 Sorry for the long response time, I happen to be crazy overloaded these weeks, I'll spend time on OpenMW as soon as possible.
Top
Post Reply
7 posts • Page 1 of 1

Return to “Join the team”