Anything related to PR, release planning and any other non-technical idea how to move the project forward should be discussed here.
Post Reply
4 posts • Page 1 of 1

Hi, I've been playing OpenMW for a bit and I really like it, it runs faster than vanilla and it's all around a great idea to have an open-source version of an old game that was only made for Windows.

I'm a UI design student, and I thought I'd try my had at designing a new launcher for OpenMW, as the current one is pretty plain and inconsistent. I did however like the fact that the various pages of the launcher are displayed as tabs instead of opening a new window, so while it's based on the Bethesda launchers it keeps this from the OpenMW launcher.

I also sketched a new logo based on the ESO Morrowind one but I've been told that it's too close to the official one for Bethesda's comfort so feel free to ignore that >.> 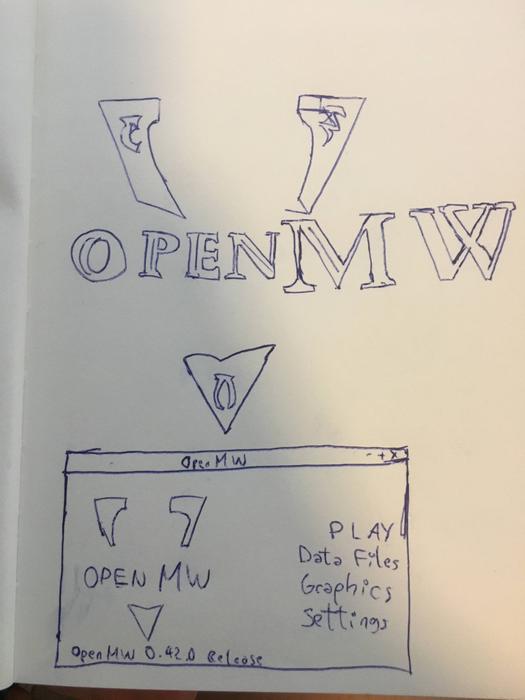 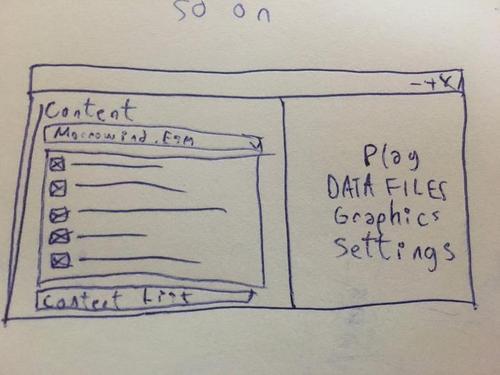 I prefer the smaller tabs of the launcher we have now... no point in wasting that much screen space for a UI element that's not consistent with what people are familiar with.
Top

The current launcher is certainly functional, but nothing fits with anything. I've never seen a tab menu like that before, especially one that mixes stock images with logos and system-themed icons, and most pages in the current launcher have a lot of wasted space. Not to mention the scroll texture that just kinda sits there on the Play tab.

I honestly feel like my version only feels like it wastes space because it's just a sketch, so I haven't really thought about scale.
Top

There already was viewtopic.php?f=3&t=4520 request by me and there was some awesome concept by Thunderforge and for some time in bug tracker wss Feature to make "mcp like menu", but it dessapeared now.
Top
Post Reply
4 posts • Page 1 of 1