Not about OpenMW? Just about Morrowind in general? Have some random babble? Kindly direct it here.
Post Reply
12 posts

Just for fun I made a graph of download stats from the github API (doesn't include downloads.openmw.org, source builds, linux distro's, etc): So that means OpenMW has approximately 10000 players who either at least tried the engine or play on it regularly. Bug #1000 just might get fixed soon.
Top

Probably more, due to the not included other ways of obtaining OpenMW.

It's kind of amazing that 0.28 only had 390 downloads. I have downloaded each and every version since 0.19. Me and five more people..?

When I found OpenMW, weapons weren’t implemented so there was not much to do. However I was pretty excited. At the same time I didn’t want to create false hopes. The project sounded too ambitious to be viable.

Started using openmw from v0.38, then I instantly knew this project is the g.o.a.t, especially for morrowind. Its the future of Morrowind and modders.
Top

For the Debian people, there is popcon: 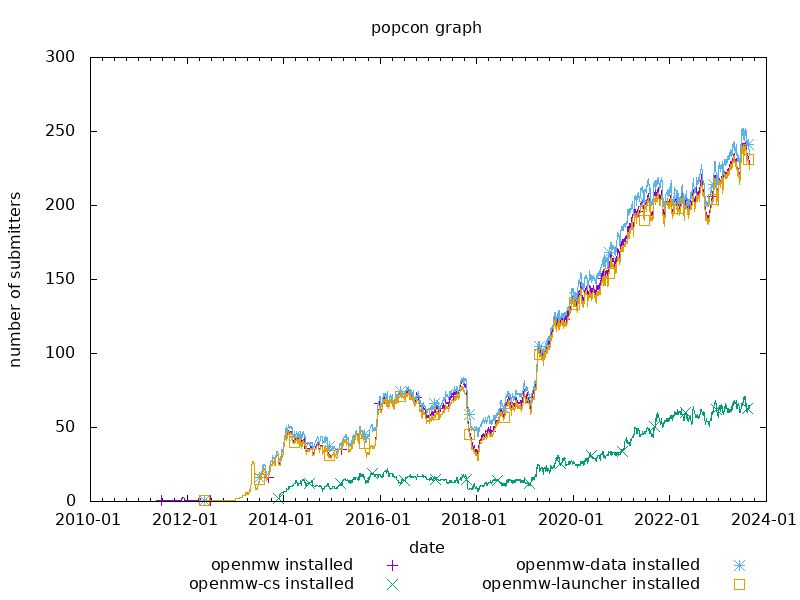 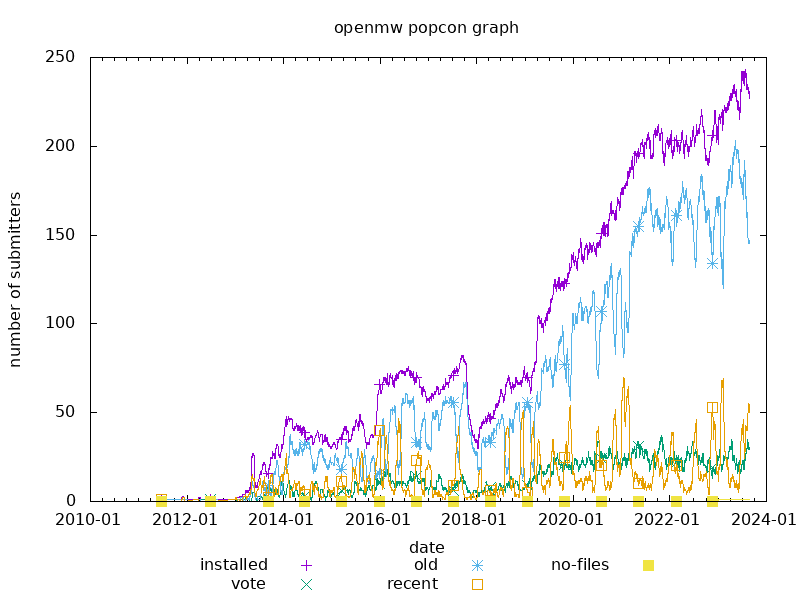 @ap0 does the left side of that graph have a scale? Or are there really only 80 of us running openmw? Is that only on debian, or would it include ubuntu? Does it only count installs from the main repos or does it include PPAs too?
Top
Post Reply
12 posts