Anything related to PR, release planning and any other non-technical idea how to move the project forward should be discussed here.
Post Reply
13 posts

This thread is for discussion of the onscreen keyboard to be used in Gamepad GUI mode.

Here is a picture of the original XBox Morrowind keyboard: 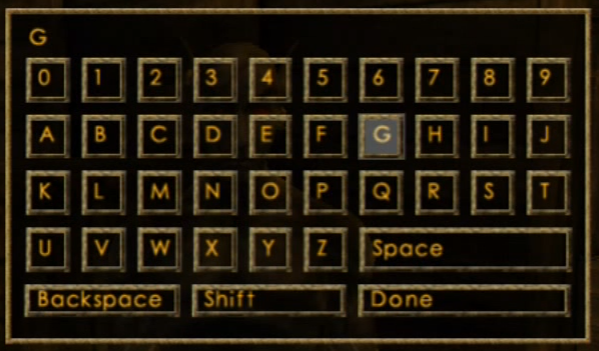 Anyone having a better visual implementation of this ... widget?... should speak up here!

Here's the issue on the tracker for this feature: https://bugs.openmw.org/issues/3985
Top

As a long time lurker, having just spent a half hour setting up a Roku with on screen keyboards, I'm compelled to at least ask for a QWERTY layout option. Even though I'd be using a controller and not a keyboard my mind is still looking for the letters in the QWERTY format.

That is all. *goes back into the shadows*
Top

How about something along these lines? 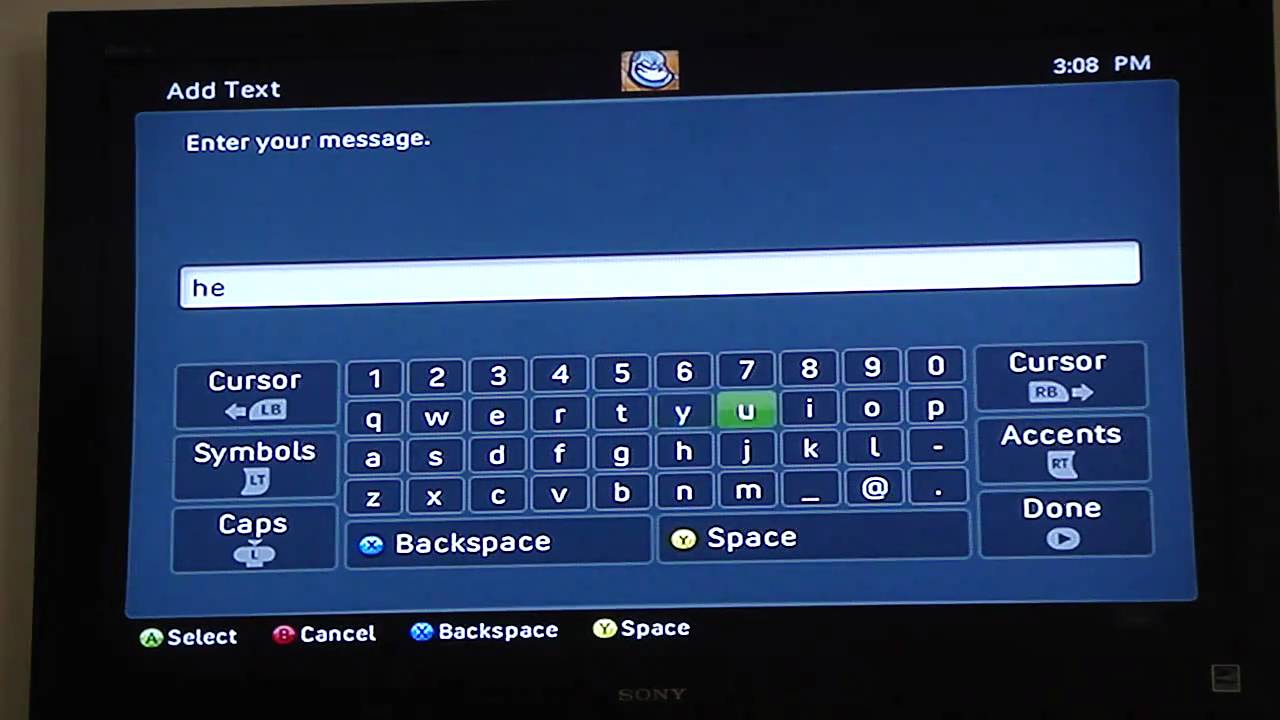 That would work for me.

On-screen controls like that are actually handled by the OS, which gives a common control applet for all games on a given console or "smart" device but also tends to look out of place (it's not in the same visual style as the game). SDL has a function to bring up on-screen keyboards when text input is needed, but I think it only works for systems that have an applet like that. If it doesn't, something needs to be made manually, so why not theme it like the game?
Top

I was mainly posting that for layout purposes; I agree it should be themed to fit the game's style.

The original engine's keyboard was a horrendous mess compared to modern on screen keyboards.
Top

Can an engine-side on-screen keyboard that's themeable by the game work?
Top

What do you mean?
Top

There should definitely be an option to switch between different layouts. I think the default should be ABC though as it's country-neutral and in my opinion even better when you're using cursor instead of fingers to type (being used to QWERTY practically means having a muscle memory for it, not visual memory).
Top

I tend to type faster on on-screen QWERTY keyboards than alphabetical ones. Even though typing is muscle memory mostly, I interact with QWERTY keyboards more often than the alphabet but split at certain points to make it fit a grid instead of being one long list.

Other alternatives are something like the steam controller keyboard (where the sticks each represent a half-keyboard and clicking a stick enters the letter that that stick is positioned over) or where the left stick selects ranges of the alphabet and the right stick picks a specific letter from the range.
AnyOldName3, Master of Shadows
Top
Post Reply
13 posts