You can try this for yourself now as it's just been pushed to my experimental branch.
AnyOldName3, Master of Shadows
Top

The next things to do:

AnyOldName3 wrote: ↑
30 Oct 2017, 21:05
I just added shadow support to the water shader, too, but I'm not exactly sure if this is what shadows striking water looks like because it feels weird. It's quite possible that the convenient 'shadow' variable in the water shader doesn't actually mean what I think it means, so changing its value from a constant 1.0 to what I read from the shadow map may be incorrect.

I'm not sure, but doesn't look right to me based on: 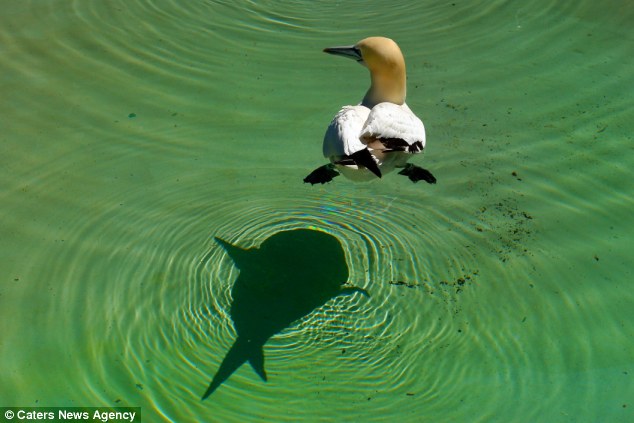 !!!!!! This looks huge. I need to build this tomorrow, seriously.

The thing, I guess, is that this would more or less transform OpenMW 0.43 into OpenMW 1.0, which would be kinda dumb to do in the middle of a release phase. That said, I would like to see this in a release NOW as much as anybody.

EDIT: Oh, and regarding the shadow on water surface; I guess it depends on how clear the water is. If it's super clear, like raevol's examples, then there's nothing to cast a shadow on, but if the water is not that clear, then it might look like this or this. Seems like it also depends on if the sun's highlights is directly reflecting from the water to you or not.
Normal mapped texture replacers, exclusive for OpenMW:
My Nexus page
Top

I was hoping that all it would do was turn off the highlights. I might try some experimentation to see what's actually affected by the variable.
AnyOldName3, Master of Shadows
Top

I would think, Lysol, that it would be even more prudent to get shadows into at least one 0.XX release before 1.0
Top

I think I'm probably assigning to the value correctly, but in the old OGRE version where the variable originated, there was some shadow fading stuff going on (which I don't think we need), making things a little less clear.

Scrawl authored commit https://github.com/OpenMW/openmw/commit ... 3c126cfa74, which is the last thing that ever discussed water shadows, so he might be able to weigh in.
AnyOldName3, Master of Shadows
Top

I've found myself another thing to investigate. For whatever reason, the terrain isn't making it into the shadow map, so hills and the like don't cast shadows.
AnyOldName3, Master of Shadows
Top

lysol wrote: ↑
30 Oct 2017, 22:40
if the water is not that clear, then it might look like this or this. Seems like it also depends on if the sun's highlights is directly reflecting from the water to you or not.

Thank you! I wasn't completely sure about what I posted, but I was having a hard time finding examples hahaha.
Top

I've also noticed that this branch seems to break terrain texture blending, making the entire world a massive patchwork of seams everywhere. That should probably be resolved down the line before this is merged. This is a FANTASTIC start, AON3! Great work!
Top
Post Reply
311 posts