Not about OpenMW? Just about Morrowind in general? Have some random babble? Kindly direct it here.
Post Reply
47 posts

In short, don't say anything that could be considered politically incorrect or you get the boot.
Top

Toxic people do get the boot.
My Patreon / Donation Page
Top

I basically don't want politics anywhere near my vidya, everyone can have their own opinions and live their life their own way as long as everyone is given an equal starting point and as long as I don't have to hear about it when reading reviews about things in my hobby I'm fine with it. /rant

There's an awful lot of coverage on this MP mod even though its well off completion or playability but at least it means there's more and more of a spotlight on OpenMW!
Specs: Core i7 8700k @5GHz, EVGA GTX2080ti XC SLI,
32GB RAM @3.2GHz, Windows 10 1803
Top

The problem I see with these terms is that the people most vocally describing themselves as feminists are total nutters or people trying to exploit money out of said nutters, and the people most vocally describing themselves as egalitarian are often sexist males who've read too much into the 'radical feminists are making everything terrible' narrative, but want to claim they're still fighting for both sides. In both groups, the vast majority are sane people who want the same thing - people to stop being dicks to each other - and because the standard goals for both of these groups are the same, the sane people don't tend to get into debates about which term is the better one. Therefore they don't write anything saying their term is best, therefore outside observers only see the nutters' definition.

The way I see it, it's most helpful to explain to people that radical/3rd-wave feminism isn't actually feminism, and that they should defend the term's actual meaning instead of fleeing from it and labelling themselves egalitarian, otherwise we could end up with the great work of people who gave a lot to make the world better under the banner of feminism being associated solely with whackjobs instead. Plenty of symbols have been ruined through history by allowing Bad People™ - for example, most people would associate a swastika with the Nazi regime instead of its prior meaning, and in many countries, if a house flies the flag of that country, the owner can be safely assumed to be racist. I had a third, more relevant, example too, but forgot it while writing...
AnyOldName3, Master of Shadows
Top

Whenever people are having a discussion about whether a thing is good or bad, they need to at least agree on what that thing is. Normally, if someone identifies as a feminist, they'd define it as something like "someone who believes that women and men deserve equal rights and equal opportunities", which is something that nearly anyone can agree with. When someone attacks feminism, they're usually working from a different definition -- that of a particular cultural movement like third-wave feminism in "the west" during the late 20th and early 21st century, or even more particularly the stereotypical "Tumblr feminist". Each of these definitions can be correct depending on context, but that's a nuance that tends to get lost in the kind of knee-jerk sound-byte arguments on the internet.

Identity politics are counterproductive. If somebody makes a claim that you find false, it's more useful to refute the claim instead of going after the tribe that the claimant belongs to. Worry more about what's true and right than about winning points for your team.
Free/libre assets for OpenMW, updated frequently: http://opengameart.org/content/openmw-s ... sibilities
Top

Is this a forum in which is frowned upon to type some upwards arrows followed by the word 'this'?
AnyOldName3, Master of Shadows
Top 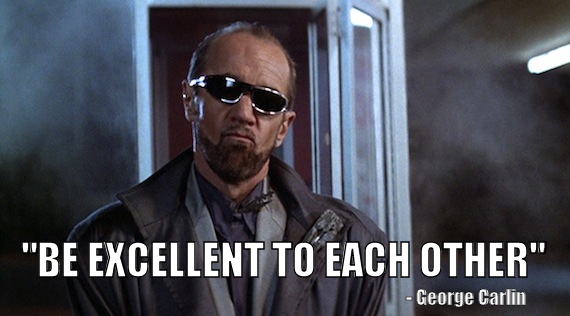