Questions specific to OpenMW-CS can be asked, and content development related topics can be discussed here
Post Reply
2 posts • Page 1 of 1

I have always been a fan of "top down" perspective games like the original Legend of Zelda, Harvest Moon, etc. In fact, I have always wanted a game that is similar to harvest moon, but with monster fighting/dungeon crawling. I then thought about how interesting a game would be with a complicated gameplay/fighting mechanic set with the same perspective as the more simple games. A Harvest Moon farming sim with the depth of an Elder Scrolls game, if you've followed the way I've drifted.

I finally had this wild idea that Morrowind could actually support a game of this type. SO I used MGE-EX to sort of trick the camera and "simulate" a game of this style. I had a lot of fun, but there were obviously some issues.

I will post screenshots below to give a better idea of what this mod will look like. Of course, the art style will be different and exaggerated to assist the player better given the camera perspective. Plus there will be many more "gamey" gameplay loops that I would love to add, such as respawning, random mining nodes, fishing, farming, etc, that weren't found in vanilla morrowind but are totally doable.

Anyway, if you've stuck with me this far, here's some shots! 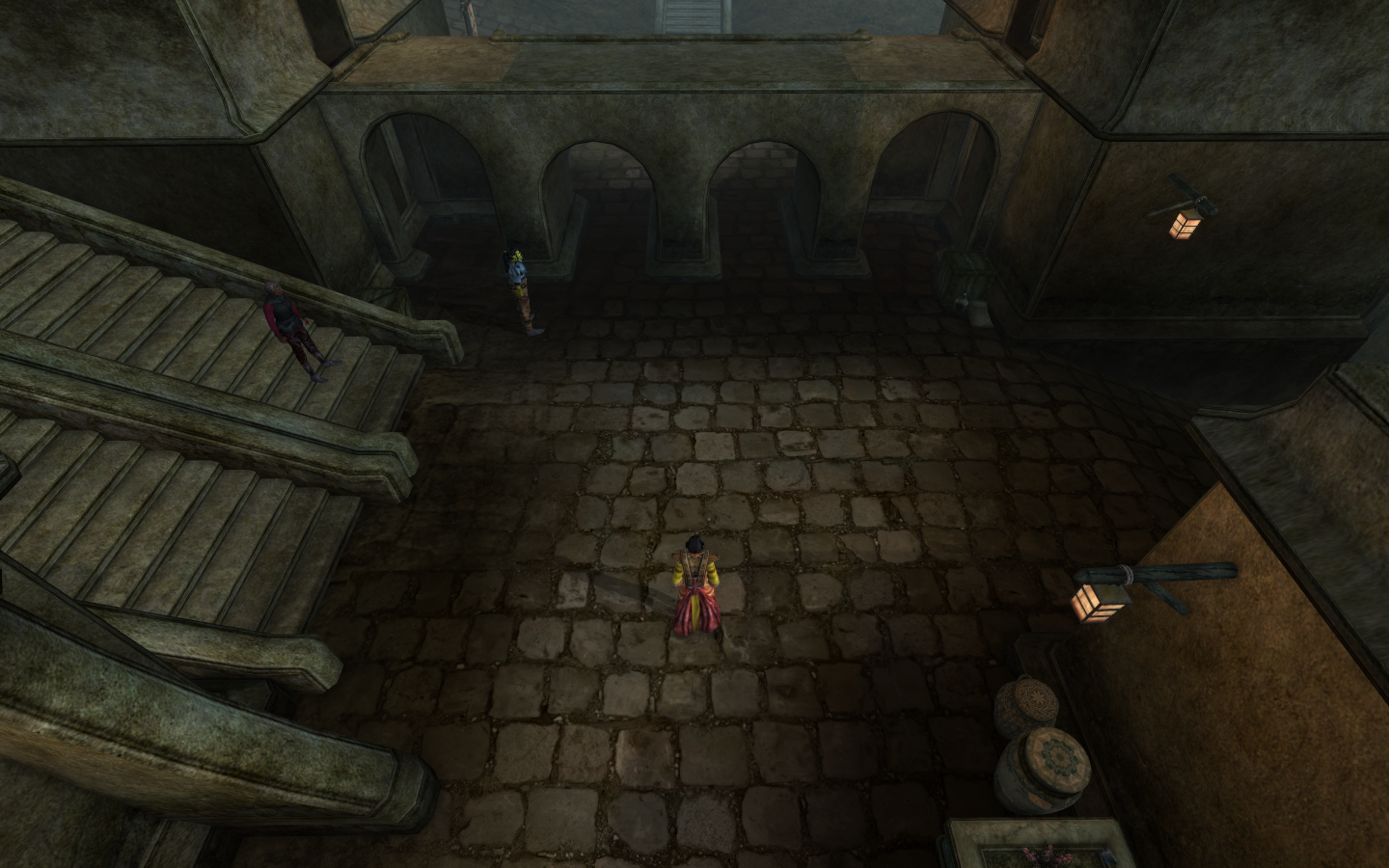 I think this is the be all example of the game style I want. I would love a twin stick shooter setup but that might be well beyond the scope of even OPENMW and I'm fine with that. I'm an artist, not a programmer, so I will take what I get. 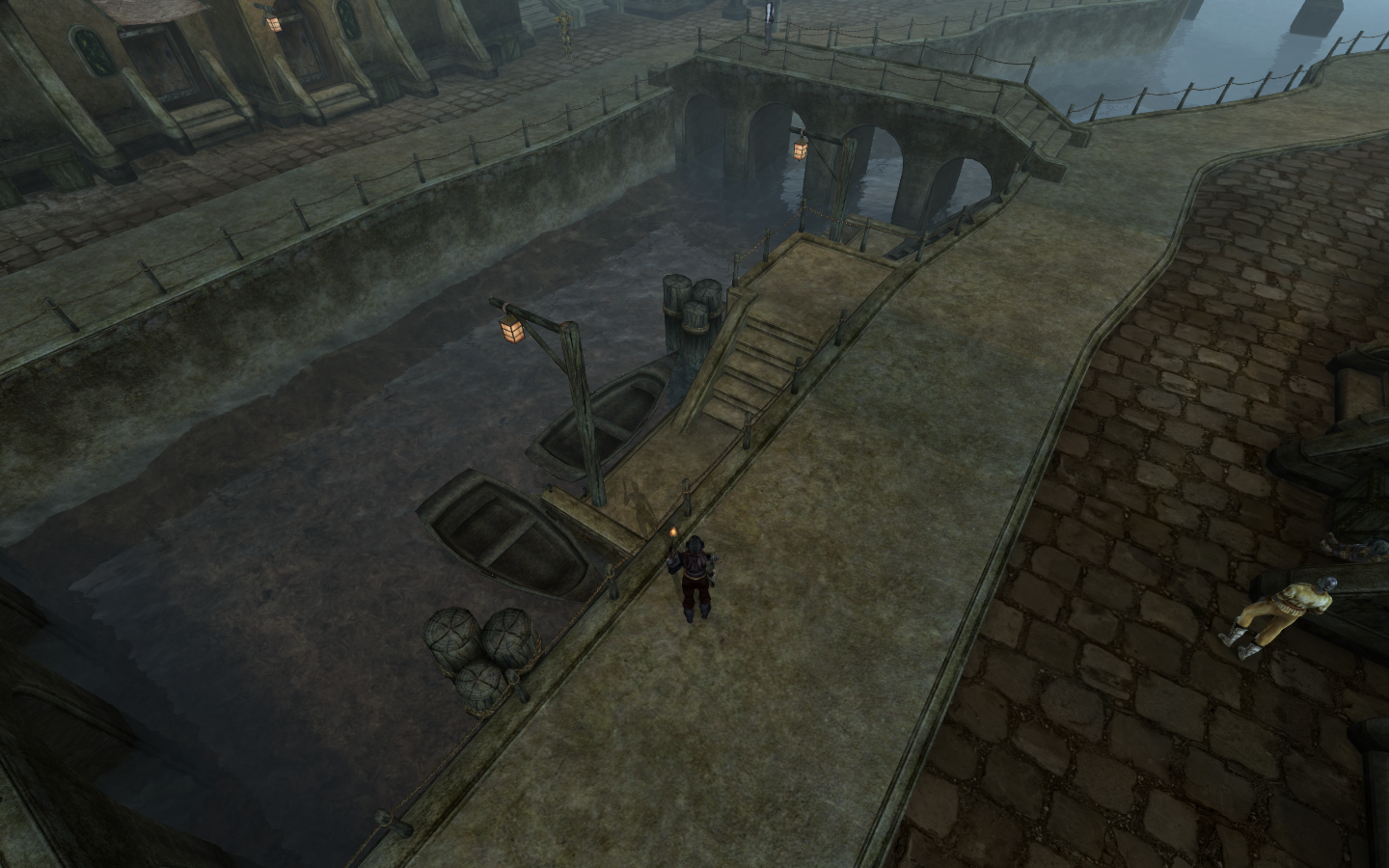 A shot of the Odai river. Cool cinematic effects. You can clearly see far enough to ensure that you aren't going to get ganked by something you can't see. 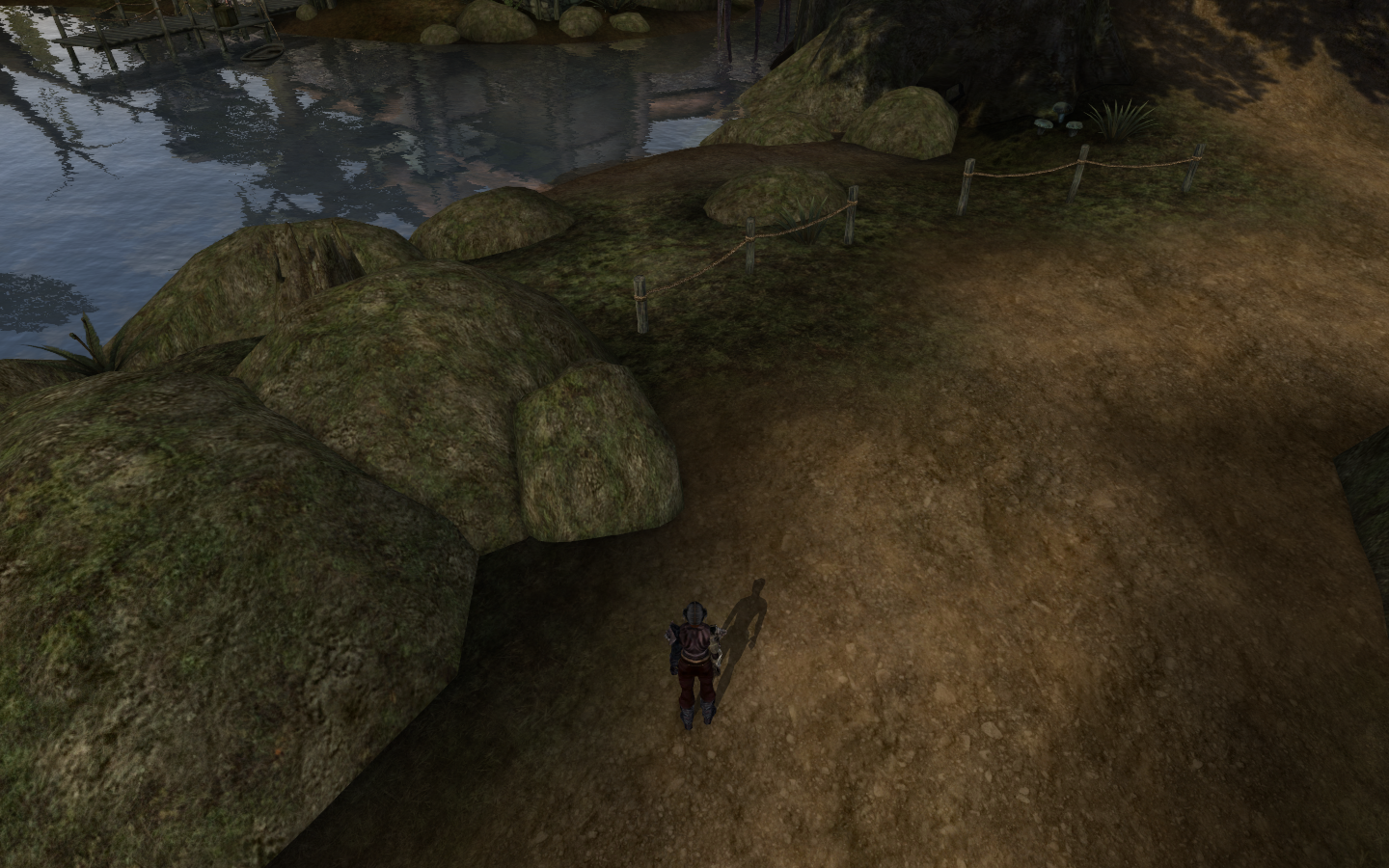 A really cool effect that I saw as a byproduct. Having this appear as shadows/reflections could make the gameplay very interesting indeed if environments are built around the idea. 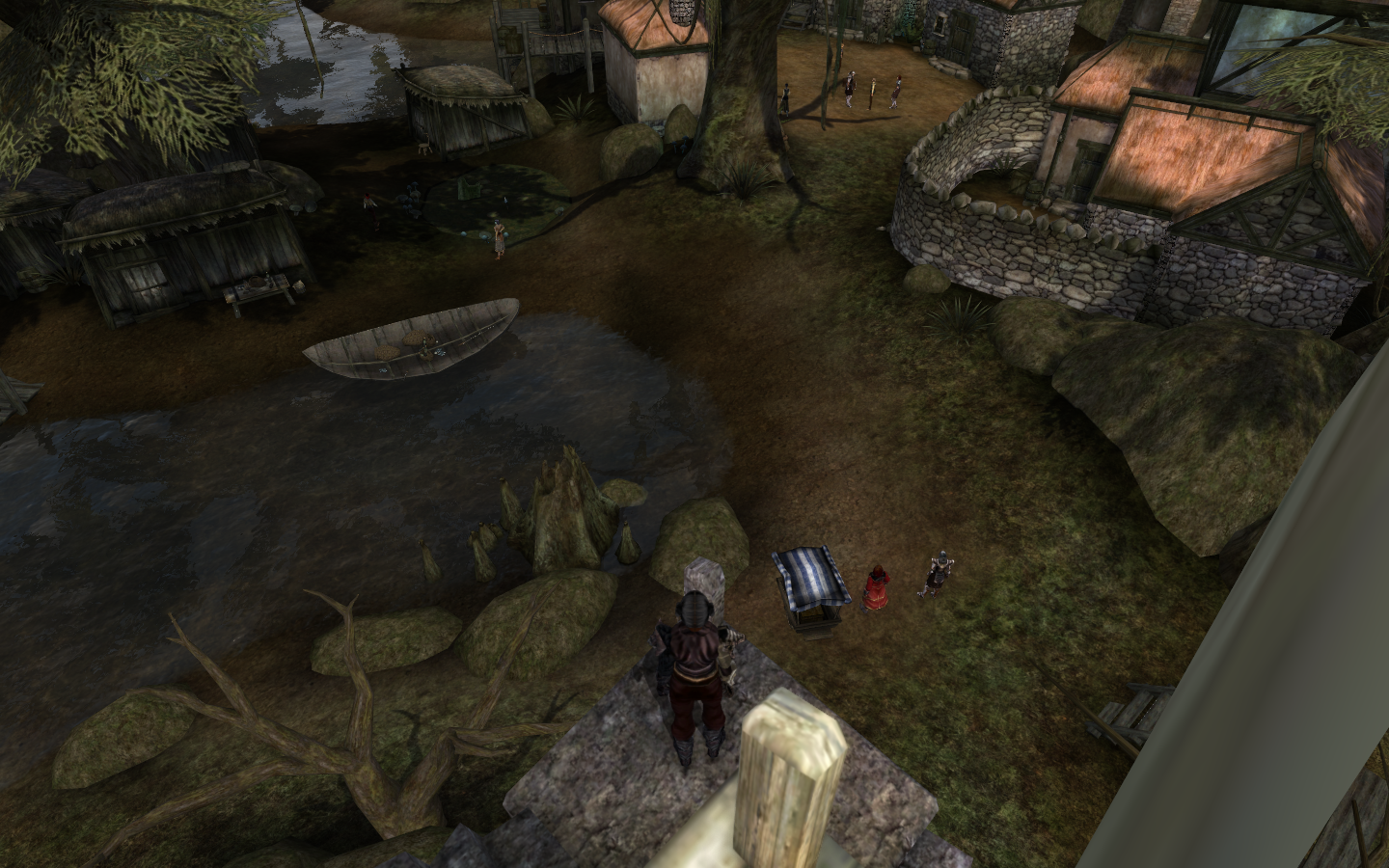 A shot from everyone's favorite tourist trap in Swamp-port, Morrowind.

I will post more shots later. I have a ton. BUT

I ran into a problem, and that is the camera pitch system that is tied to mouse movement. Now, I know I'm using the engine in a way that was never intended, but the mouse look in 3rd person for this game needs to allow a "yaw" around the Z? axis, but disallow any movement that would change the pitch of the camera. I know it would be post release probably, but how difficult would it be to finagle the code to enable something like this in OpenMW? Simple? Complex? Impossible? Hopefully I have asked a coherent question, and any opinions on the mod idea are more than welcome!
Top

Re: Camera Modding for a Planned Total Conversion

I'm not 100% sure how configurable our control bindings are, but you might be able to unbind the mouse from controlling the camera. Playing with TES3MP Lua should give a reasonable idea of the kind of modding power you'll start to see in OpenMW around our 1.0 release, so I'd recommend experiementing with that instead of writing all your game mechanics in MWScript, too.
AnyOldName3, Master of Shadows
Top
Post Reply
2 posts • Page 1 of 1