Some problems with save file on the new version of mod

Questions specific to OpenMW-CS can be asked, and content development related topics can be discussed here
Post Reply
3 posts • Page 1 of 1

Some problems with save file on the new version of mod

Some time ago I made a player home in Balmora for my current char. On this weekend I decided to add a cellar, made new cell for it and add a trap-door in the old cell. But when I launched Morrowind, I noticed, that one of scripted activators in the old cell disappeared. I've checked the activator in editor, but the activator was in it's places. I continued editing, and then one of the load doors disappeared. And then a chest. And another activator again. But I didn't even touch the cell! I edited the cellar, not the base cell. What the hell?

screen with the trap door and disappearing objects (except the load door): 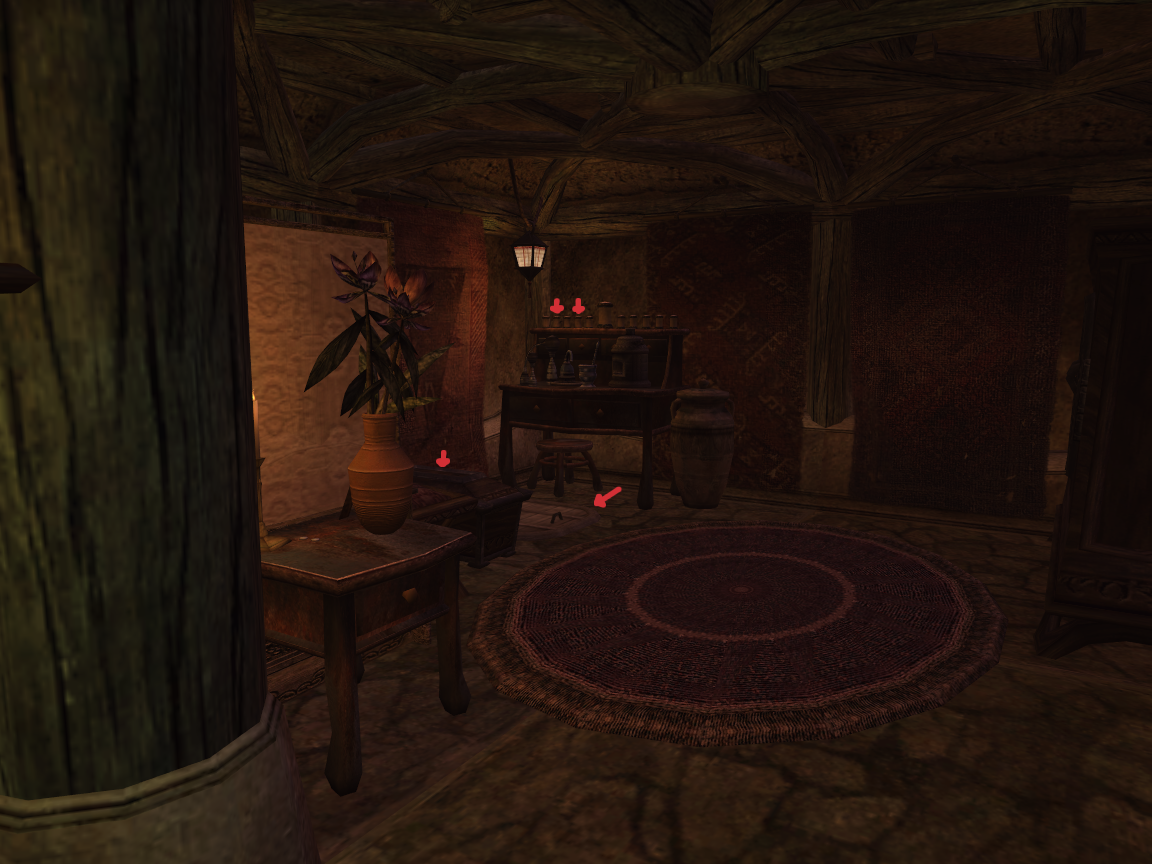 description of the mod:

Spoiler: Show
The mod adds to Balmora a small house near South Wall Cornerclub. The house has two floors, cellar and balcony.

Features:
- teleport amulet
- Skyrim-style alchemic laboratory (with sorters)
- skull-enchanter
- working practice dummies (actually it's a combination of static object and an invisible NPC, so there are some problems with collisions)
- scripted chests for security training
- anvil for repairing of your equipment (little bit cheaty, because it doesn't require any repairing items)
- a lot of different containers

To gain access to the house go to Moonmoth Fort and then turn to Foyada Mamaea. There (to the east of the fort) is a skeleton. Loot it, and you get the key and the teleport amulet.

P.S. If I launch the old save file, which was made without the mod, there are no problems at all. But it's rather sad, because between my current save and the last save without the plugin is almost month.
P.S.S. I used MEE for deleting unwanted edits.
Top

Re: Some problems with save file on the new version of mod

Ignis wrote:Hi!
P.S. If I launch the old save file, which was made without the mod, there are no problems at all. But it's rather sad, because between my current save and the last save without the plugin is almost month.
P.S.S. I used MEE for deleting unwanted edits.

If by M.E.E you mean the "Morrowind Enchanted Editor" -- then I would recommend being careful as this program (EE) is considered buggy:

The link @ fliggerty.com has advice on cleaning up EE made files

Dunno for sure, but the bugs from EE may have caused these issues

ST the issuer
100% not a dev, but I know a little about Linux, MW, and scripting. I try to help. LMK if you have any questions.

Re: Some problems with save file on the new version of mod

silentthief wrote: Dunno for sure, but the bugs from EE may have caused these issues

Sorry, but how can it explain the fact, that the bugs exist only in save files with old version of the mod? Yes, when I turn off plugin in launcher, save, then turn on it again the bugs eliminates too (but with all my stuff in containers, obviously

). So for now it looks like problem with save file format of OpenMW.

And yes, I've used MEE for deleting extra edits and GMST many times, and it's never led to such effect. Really, I've never see this kind of bugs before. Vanilla engine can produce bug with duplicated doors and NPCs. MEE has rather complex interface, and you can easily delete only part of object (for example you can delete the name of the object or it's ID). And it can lead to a lot of warnings or even crush your game. But disappearing of objects in the cell, which even haven't been edited... it's just a new word in Morrowind modding

P.S. The only conclusion I have made: OpenMW/CS is quite inappropriate for big projects with long development cycle. At this moment, at least. And it's a bad idea to update your mods to the next version during playthrough.

P.P.S. Actually, I forgot to mention, that I use the dev version of OpenMW. And it may be the cause of the bugs too. But if the problem will be in the next stable version... Maybe, I prefer to continue to use MCP+MGE XE rather then OpenMW. Because I've already known their bugs and the way of avoiding them